Jimmy had Keto Savage, Robert Sikes, on his podcast (19: The 90 Percent Fat Hack Protocol With Robert Sikes). Jimmy called him a nutritional expert (@4:20, 4:50). I have nothing against being self-taught on nutrition – that’s what I am. But I don’t think that Keto Savage is a nutritional expert. He is a body builder who does Keto. The thing I like best about Robert is that he publishes what he eats and his results even if they contradict the keto narrative. He doesn’t cherry pick through the data.

One thing that Jimmy could learn from Keto Savage is Robert’s own 4,000 calorie fat challenge. Robert went on a 2 month diet with low carbs and high fat and took his body fat from around 4% to 10%. If you are not used to looking at body fat numbers he went from very low to less low. I wrote about Robert’s test (Does Fat Make You Fat?).

To Robert’s credit he tried to do his best with Jimmy’s request since he viewed Jimmy’s calorie choices as too low on the low fat diet.

I’ve done decently well at sticking to my maintenance macros this first week. My original goals were to keep the macros in the range:

Here’s the daily average of my last 7 days.

Looks like I hit the top end of my calories range (gross, but net was way under due to over-exercising this past week). Protein was over by 10 grams a day (pretty close). Carbs were very close. Fat was still a bit lower than the range I set at the start but I had adjusted the fat number down to accommodate the nominal 20 g of carb.

So what happened with weight? My goal was to stay in the 165-175 lbs range and I’ve done that so far.  I had a pop up a couple of days ago when I deliberately loaded a bunch of salt to prepare for a long bike ride the next day.

Across 2 weeks my weight has gone up and down a few lbs but looks pretty stable.

I am committed to sticking to these macros for the rest of the month.

Today is the end of day 4 of my maintenance numbers.

My target ranges are:

I did pretty good yesterday and today with my maintenance numbers. Here’s my macros and food log for yesterday. I went a bit over on fat but considering I did a 25 mile bike ride that’s not going to be a problem.

Tady I hit the numbers except the carbs. I had a lot of broccoli and some Kimchi (a great probiotic).

I’ve been asked what I eat so I am publishing my food logs. Hopefully this will encourage others to do the same. Any critiques are welcomed. Don’t bother to tell me I need more carbs. Ain’t going there. 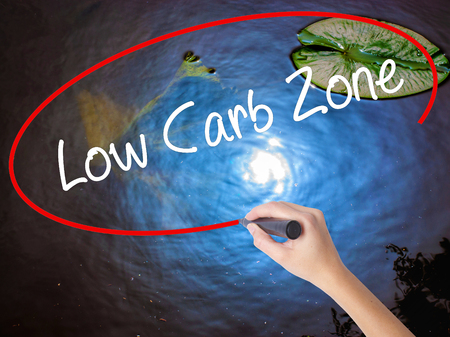 Dropped a bit again today. I could not predict yesterday if I would drop today or not given the intensity of my 25 mile bike ride yesterday.

I am a mission to maintain my weight and stay Low Carb.

Here’s my macros from yesterday:

So, yesterday I hit my range. How’s my weight doing?

So far my maintenance numbers are not stabilizing my weight. Today I did a long bike ride and my legs are on fire. That could add some water weight tomorrow. Burned 800+ calories in the three hour 20 mile ride.

My food yesterday was:

My ketones on the Ketonix are:

So all signs are good.

It seems like there are [at least] three basic ideas of how to implement maintenance on Low Carb. I picked representatives of each of three and look at their methodology for maintenance. Each of these three has their merits and downsides.

Sometimes the first idea is the right idea and Dr Atkins sure did suffer a lot of slings and arrows in his day. He was tormented even in death by his opponents. I did his diet back in the 1990s and did well for over a year on it. I tapped out due to heart rhythm issues which seem to be recurring now (PVCs in particular). I think they are likely electrolyte imbalances. (Later note: See this post for my current strategy which seems to be working].

The Atkins diet starts with a 2 week induction period at 20g of carbs a day and then increases. At maintenance, the person is supposed to work up to their personal carb limit and remain at that level with an occasional adjustment if they go too far off the rails.

This approach might work well for some. It worked OK for me and at least taught me to avoid really stupid amounts of carbs but I never went below about 228 lbs before I transitioned over to maintenance carbs.

Later on, my Insulin pump data showed my average was 200 grams of carbs a day before I got off Insulin which is less than SAD and proof that I did learn something about carbs back when I was on Atkins. But, clearly 200 g of carbs was above my personal threshold. And there’s good evidence that 100 g is probably too much, too.

Carbs have a way of sneaking back in and this method is a way to get back on the blood sugar roller coaster for some. Above some point the benefits of the keto diet get lost because carb cravings get stoked. Plus it is difficult to add carbs and keep them clean carbs. It’s really easy to add back in junk carbs.

Dr Bernstein is a Diabetic Type 1 medical doctor who is also a pioneer. Bernstein recognizes the problems with titrating down carbs in his patients. Here is Bernstein’s own words (from 2015):

Bernstein – “When we want to halt weight loss we increase protein“.

I think Bernstein nicely addresses the problems with bringing back in carbs but I don’t think his method works for me. I’ve essentially done it when I did carnivore and I kept losing weight in spite of eating a lot more protein. It might work for others. My normal diet gives me enough substrate for GNG (which is demand driven) plus substrate for Muscle Protein Synthesis. Beyond some point Protein just gets eliminated via urea.

The reason this is ineffective may be that increasing protein over my normal diet significantly has a very marginal effect on FQ. Holding carbs constant (22.8g) and fat constant (191g) and taking my Protein from 179 to 300 only takes my FQ from 0.740 to 0.749 at the expense of a whole lot more protein.

Dr Ted takes a unique approach which seeks to take into account the strengths of both of the previous methods. His method is to balance the energy from protein with the non-protein energy (in terms of grams of each not in terms of calories). His formula is essentially 30% of calories from Protein and 70% from fat and carbs. His method keeps ketogenic levels of carbs (20 or 30 or less a day) from good sources and avoids carb cravings that come with higher carb levels (no blood sugar roller coaster).

I am interested to see how this works out since that’s a lower total calorie count than I have been eating (and I was still losing weight). I was at an average of 2526 calories a day last week and my starting/ending weights were the same.

Dr. Ted’s method doesn’t adjust up or down for physical activity. I will do this for a month and see how it works out. If I drop below 165 lbs for any extended period I will evaluate whether I need to increase calories or not.

The food quotient (FQ) measures the dietary composition. Here’s the FQ of my own diet for the past week:

Here’s the FQ for the diets.

This shows why some consider the Zone diet to be a balanced diet. Given that a ratio of .85 indicates an even mix of fat and carbs (0.7 is pure fat and 1.0 is pure carbs). This actually provides support that the Zone diet is a “balanced” diet in terms of fuel substrate selection.

My diet is very close to the Ketogenic Diet but with some more protein in it.

It’s surprising that at first blush PSMF numbers are higher than keto numbers given that PSMF burns fat. But this is accounted for in relatively high carbs compared to the keto diet since PSMF is a very low calorie diet.

A low FQ is not a guarantee that you are burning a lot of body fat. You might be eating a lot of fat, too.

The reason other diets work is that the lower the calories the higher the percentage of the diet that is from fat. And that’s true no matter what the dietary macro breakdown is. That is because the fat comes from the body in reduced calorie diets.

Earlier I looked at how the Respiratory Quotient relates to future fat gain (RQ and Family Factors). This paper reviews evidence that the macro-nutrient composition of the diet and the maintenance of energy balance are correlated.  (Am J Clin Nutr. 1993 May;57(5 Suppl):759S-764S. Food quotient, respiratory quotient, and energy balance. Westerterp KR.).

Given the timeframe of the paper it reaches some predictable conclusions in support of a low fat diet but the text itself indicates otherwise. One interesting comment, though relates to the dietary figure of merit – Food Quotient:

The largest factor is carbs.  The FQ for my last week’s meals was: